In his scientific report from early 2019, Prof. Om. P. Gandhi shows that mobile phones fail the Specific Absorption Rate (SAR) safety limits both in Europe and the USA. He recommends that the regulators change current compliance testing methods.

As consumers, we generally think that all electronic products we use, including mobile phones, are safe to use. When it comes to mobile phones and other wireless technology, one of the safety tests that a product needs to pass before it’s released to the market is a Specific Absorption Rate (SAR) test. The results of such test reveal whether the product is above or below a set safety limit.

Prof Gandhi reveals that the current safety standards and the way these tests are carried out are not providing us, the consumers, with true results. And because of that, we can’t rely on them. We’ll explain why.

To make it as simple as possible, SAR is a value stated in W/kg that gives you an idea about how much of radiation you absorb whilst making a phone call (with a phone at your head), downloading files or being connected to wifi.

If you’d like to understand a little more about SAR, please read our article called ‘What is SAR: safety and health concerns.’

Who is Prof Gandhi?

Now you might be asking yourself: Who is this professor and why should I listen to what he has to say in his report?

Prof. Om. P. Gandhi, is currently the Chair at the Department of Electrical and Computer Engineering at the University of Utah.

Below is a list of some of his professional achievements:

In other words, Prof Gandhi is an expert in his field.

Phones fail safety tests when held against the body [H1]

Prof. Gandhi gives an overview of both of his own findings and of the results of a very extensive cell phone SAR test data report prepared by the French National Agency of Frequencies (ANFR)

Both papers agree on the following:

If you’re wondering how this is even possible, read on.

What is wrong with current SAR testing methods? [H2]

According to the professor, over the past 5-10 years, the manufacturers started to recommend we hold a phone between 5-25mm away from the body. Same is done with SAR testing.

But what would happen if we do the same testing at a 0mm distance from the body, the way we usually use a phone?

It has been already proven that the closer the phone to the body, the higher the SAR reading. This is why Prof Gandhi believes that without adding distance as part of the set test conditions, the majority of wireless devices won’t comply.

To illustrate his point, take a look at the below SARs in W/kg measured for representative phones (out of 450 tested). They were held against the flat phantom model of the body at manufacturer-suggested distances (D) and at distances of 5 and 0mm.

The results clearly show that at 0mm distance, none of the tested phones pass the current safety limit of 2 W/kg in Europe and 1.6 (W/kg) in the US.

Prof Gandhi confirms that the current test model is based on an Army Recruit test model with large head size. Based on this, it is only clear that such baseline isn’t suited to reflect the variety of phone users. What about the SAR in children with a much thinner skull and developing the brain, or in women and men of smaller head sizes?

Prof. Gandhi strongly suggests that the industry regulators set up compliance testing under realistic conditions. He recommends that:

● test at 0mm distance to reflect realistic user experience
● Include a variety of phantom models to include children, women, and men of smaller head sizes.

What’s in it for you?

Now that you have been educated on how things work behind the scenes of mobile phone safety testing, we sincerely hope that you will use your critical thinking and common sense and remember that:

● A lower SAR rating doesn’t necessarily make a phone safer for daily use.
● Unless your head is the same size as of a 100g army recruit, you will always absorb a larger amount of radiation.
● Children absorb far more radiation than adults.

We don’t ask that you suddenly stop using your phone and other wireless devices. But we do invite you to take care of your body well to build resilience and limit exposure where possible.

Read more on our tips on how to reduce SAR. 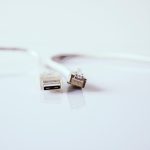 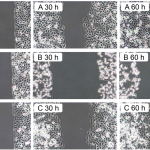 How does the Somavedic medic device work? 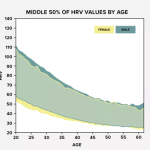 No products in the cart.

We use cookies on our website to give you the most relevant experience by remembering your preferences and repeat visits. By clicking “Accept All”, you consent to the use of ALL the cookies. However, you may visit "Cookie Settings" to provide a controlled consent.
Cookie SettingsAccept All
Manage consent

This website uses cookies to improve your experience while you navigate through the website. Out of these, the cookies that are categorized as necessary are stored on your browser as they are essential for the working of basic functionalities of the website. We also use third-party cookies that help us analyze and understand how you use this website. These cookies will be stored in your browser only with your consent. You also have the option to opt-out of these cookies. But opting out of some of these cookies may affect your browsing experience.
Necessary Always Enabled
Necessary cookies are absolutely essential for the website to function properly. These cookies ensure basic functionalities and security features of the website, anonymously.
Functional
Functional cookies help to perform certain functionalities like sharing the content of the website on social media platforms, collect feedbacks, and other third-party features.
Performance
Performance cookies are used to understand and analyze the key performance indexes of the website which helps in delivering a better user experience for the visitors.
Analytics
Analytical cookies are used to understand how visitors interact with the website. These cookies help provide information on metrics the number of visitors, bounce rate, traffic source, etc.
Advertisement
Advertisement cookies are used to provide visitors with relevant ads and marketing campaigns. These cookies track visitors across websites and collect information to provide customized ads.
Others
Other uncategorized cookies are those that are being analyzed and have not been classified into a category as yet.
SAVE & ACCEPT
X